The time has come for you to take your film or video production to the air. Perhaps you need high-flying aerial views to help tell your story, or you need to show several angles of architectural or natural wonders at varying heights. Maybe you're just looking for a way to give your commercial brand a memorably spectacular visual boost so you can stand out from your competitors. Aerial cinematography or videography could be exactly what you've been looking for — but what kind of vehicle should you use for your shoot? In many cases, a helicopter can serve as the ideal solution. Here are four sound reasons to consider using a helicopter as opposed to a drone or airplane.

1. Helicopters Can Travel Farther (and Carry More) Than Drones

Helicopters may not have the extensive range of some airplanes, but they can travel considerably farther than drones. A typical drone might manage only 15 to 30 minutes of flying time before it has to return to the ground. Even then, you're restricted to the lightest of payloads just to get that much flying time. While many miniaturized cameras can produce admirable images, you're still limited to whatever models will fit onto the drone. When you use a helicopter, you can carry a full-sized film or video camera rig as well as a full-sized operator, ensuring optimal image quality at all times.

If you know that a drone can't deliver what you need for your shoot, then you can narrow your choice to either a helicopter or an airplane. Here's one important distinction that might make your mind up for you: Airplanes can perform some amazing aerobatic feats, but they must keep moving. By contrast, helicopters have the great advantage of being able to hover over a specific landmark or area. If you want to film a fistfight or love scene on the roof of a skyscraper from an aerial angle, you'll appreciate the ability to hang over the image long enough to get exactly the shot you want.

3. Helicopters Can Get (Reasonably) Close

How close to the subject of your aerial camera will you need to get? If you're planning on zipping past details of a construction site or luxury hotel with the camera just inches from the action, or if you need to maneuver through some tight spaces, a drone may indeed be your best bet. If you know that you'll be shooting from an altitude of greater than 1,000 feet, you have the option of using an airplane. But for the vast majority of aerial shots, you'll be glad that you chose a helicopter. A helicopter's combination of compact size and pinpoint maneuverability makes it ideal for swoops, pans, or other close-range moving shots, while also giving you the ability to zoom in and out with ease. They can even go backwards!

4. Helicopters Give You Versatility

Helicopters offer most of the abilities of both airplanes and drones, making them the most versatile choice for most forms of aerial photography, videography, and cinematography. This versatility provides another significant benefit: cost-effectiveness. Unlike a drone, a helicopter can carry not just your camera gear but also the location crew. Unlike an airplane, the helicopter can then deposit that crew onto practically any flat, even surface larger than it is, even when you're shooting in the middle of nowhere. Last but not least, the sheer utility of a helicopter may permit it to serve as the only kind of airborne camera platform you need for your entire project. You'll pay more than you would for a drone — but you'll get more for your money as well.

If you've ever wanted to go up in a helicopter, your next film or video shoot could present you with the perfect opportunity to do so. Do your homework and ask the experts about the helicopters they can provide for their aerial film production services! 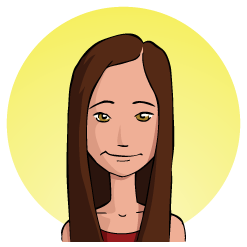 Most people can find a replacement car that meets their budget, but will you adore that vehicle for years to come? If you want to fall in love with a new car, you should consider looking deeper into the features that are available. I have bought several cars over the years, and one thing that I can tell you is that some features are simply irreplaceable. Can you imagine trying to get kids into the car without keyless entry? Or dealing with a sound system that doesn't connect to your mp3 player? My blog is all about helping you to find a car with features you will adore forever.